In my previous post, I posted the raw footage recorded from the Nexø II onboard cameras. These videos give an excellent qualitative indication of how well the video downlink worked. I have now also processed the received telemetry data and have a more quantitative idea of the performance.

The first graph shows the bit error rate (red curve) and the rocket altitude (blue curve) as a function of time. The altitude is useful because it shows when important events like apogee and parachute deployment happen. Unfortunately, the bit error rate is in unknown units, but at least we know that 0 means no errors, non-zero means there are errors, and a higher number means more errors than a lower number. 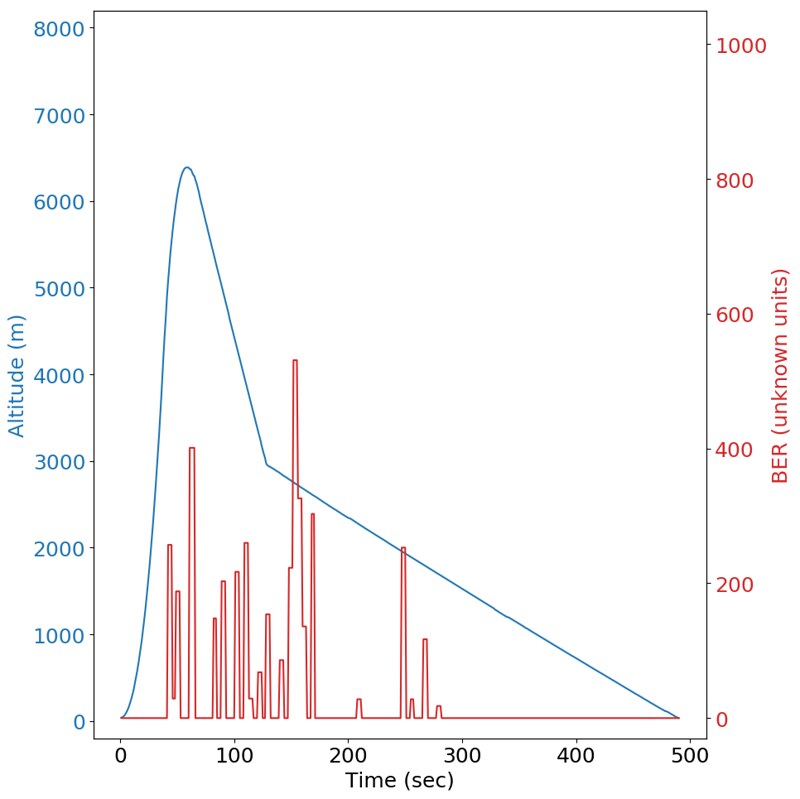 The second graph shows the received packet rate (red curve) and the rocket altitude (blue curve) as a function of time. As we can see from the graph, we have a steady packet rate with only a few dropouts. The large dropout shortly after apogee is caused by the ballute deployment. 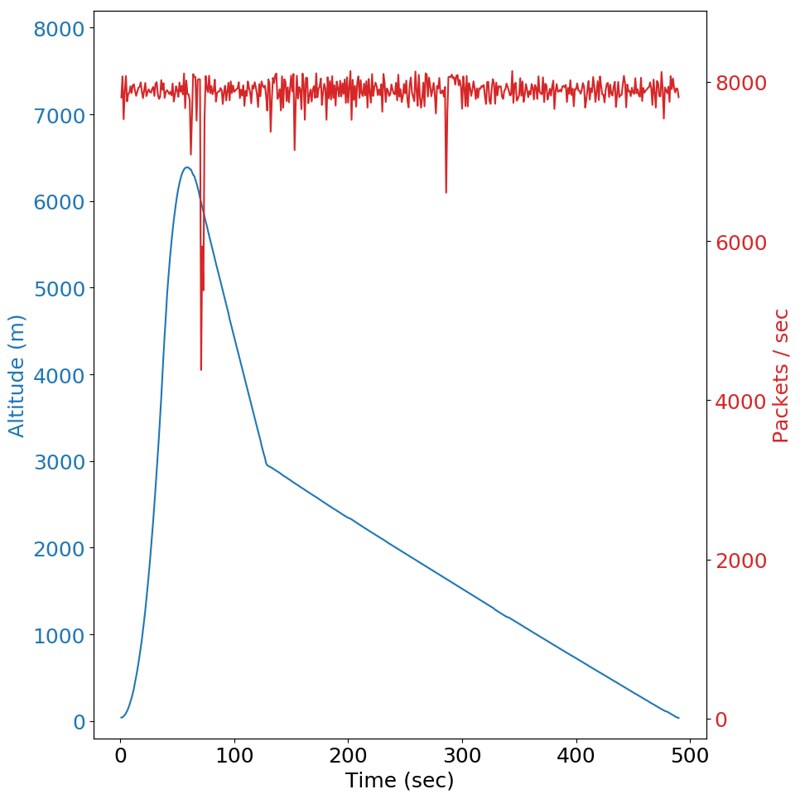 The Linux driver for TBS 6902 tuner card we used in the receiver gives us many interesting receiver diagnostics, including RX lock, RSSI, SNR, and BER. Unfortunately, most of these come in unknown units, basically a number between 0 and 65535. Interestingly, the windows software shows meaningful numbers, such as 15 dB SNR. Why can’t the Linux driver give us the same? Please, do let me know if you have any information about it.