A few months ago I started looking at various options for omnidirectional antennas with circular polarization for satellite communications. I came across the TA-1 137 MHz turnstile antenna from Wimo, which looked like an interesting option for a reasonable price.

END_OF_DOCUMENT_TOKEN_TO_BE_REPLACED

Here is a new recording showing an updated Gqrx receiving the FO-29 amateur radio satellite using the Funcube Dongle. Previous recordings used an early version of Gqrx. It was a very quiet pass, most notable thing was probably the Russian and Spanish hams using FM. They probably don’t have a clue that their signal comes over a satellite transponder. Another video recording focusing on the FM transmissions during this FO-29 pass is available here.

END_OF_DOCUMENT_TOKEN_TO_BE_REPLACED

The receiver was tested using wide band FM broadcast, APT signal from NOAA 17 satellite and Copenhagen VOLMET. I have also performed some tests using DVB-T signal and wireless sensor signals but I wanted to keep the video short so these were not included. I can post them in separate videos if there is interest.

END_OF_DOCUMENT_TOKEN_TO_BE_REPLACED

I have been quite busy during the last weeks doing overtime at work, nonetheless, I have managed to carry out some small on the air tests of my newly acquired WBX transceiver boards for the USRP and GNU Radio. Tonight, I tuned in to Copenhagen VOLMET that transmits AM on 127.000 MHz.

END_OF_DOCUMENT_TOKEN_TO_BE_REPLACED 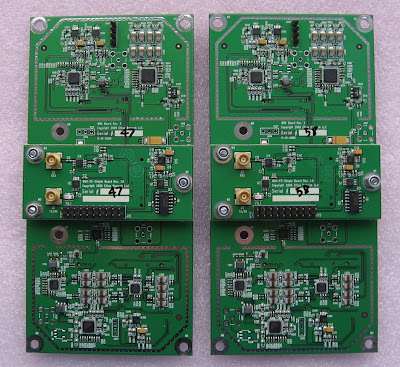