END_OF_DOCUMENT_TOKEN_TO_BE_REPLACED

The launch of H-IIA F17 carrying AKATSUKI, IKAROS, UNITEC-1 and three cubesats was successful! So was the separation of UNITEC-1 which was confirmed at 22:48 UTC (Epoch time 22:46:20 UTC).

We meet tomorrow afternoon at OZ7SAT for the first communication window predicted to begin around 17:21 UTC. At that time UNITEC-1 will already be at lunar distance! Until then, good luck to the Japanese ground stations with acquiring the first signals. 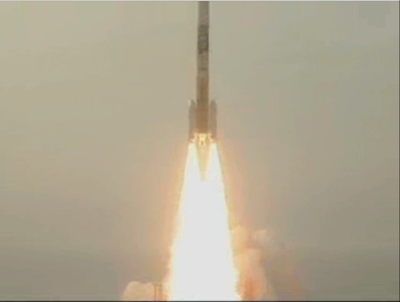 Yesterday was day 2 where we were repairing the broken Azimuth rotator and making a small 90cm dish ready to track UNITEC-1 on 5.84 GHz. Actually, we already fixed the rotator on Monday but we ended up mounting it 180° off and we decided to fix it properly instead of just correcting it in software.

Next item on the agenda was to make a small helix with two turns to feed the 90cm dish so that we can use this smaller dish for tracking UNITEC-1 in the beginning of the interplanetary cruise. We found some online helical antenna calculator to generate the design but that was more than 1 GHz off and it took a lot of tweaking and tuning to get it close to 5.8 GHz. Here are the results, photos and videos.

END_OF_DOCUMENT_TOKEN_TO_BE_REPLACED

As you probably already know the UNITEC-1 launch got scrubbed today (17th May). Fortunately, there is a launch window every day for the next few weeks.

During the last few days I learned that tracking UNITEC-1 will be very difficult because the available trajectory data can be very uncertain. Therefore, we decided to use a smaller antenna with wider beam width in the first few days after launch. One option was to mount the IKEA dish to piggyback the 7m dish, another option was to use a 90cm dish which is currently equipped with a 2.4 GHz feed. We decided to go for the second option.

END_OF_DOCUMENT_TOKEN_TO_BE_REPLACED

Below you will find the link budget summary calculated for a few distances during the interplanetary cruise of UNITEC-1. The link budget calculator sheet containing all the details is available here.

With only a few days left until the launch of UNITEC-1 (May 17) to Venus, we are getting ready to track it and I am trying to catch up on the documentation part – this time a brief description of the receiver hardware.

Recall the system architecture where the 5.84 GHz RF signal is converted to 640 MHz using the KU LNC 5659 C PRO low noise down converter, and… 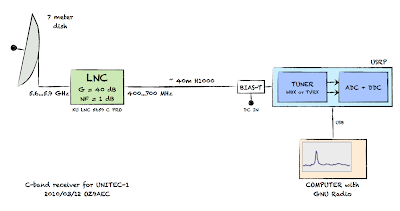 This article gives a high level walkthrough of the receiver used to convert the 640 MHz IF to digital baseband, i.e. the blue box called USRP in the above diagram.

END_OF_DOCUMENT_TOKEN_TO_BE_REPLACED 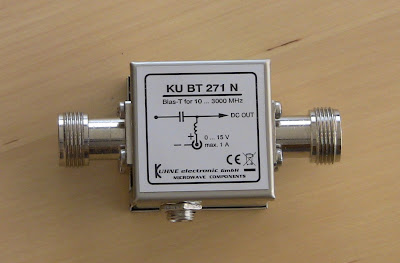 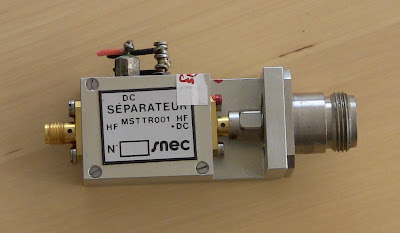 I did a Google search to find some technical information about UNITEC-1 – in addition to what is already available on their website – and here is what came up:

They all appear to be from the same conference held last year.

I also found two videos on YouTube, one showing a 20 second flight sequence, and one longer that appears to give a presentation of UNITEC-1; however, it is in Japanese so I have no idea what they say 🙂