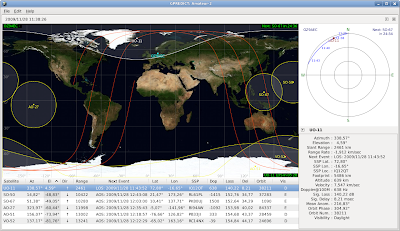 Grig offers you a simple, fast and easy to use graphical interface to your radio. And it offers you the same user interface regardless of what kind of radio you are using. Grig will not try to mimic the look and feel of a particular radio front panel, instead it tries to offer you an ergonomical graphical user interface.