As I mentioned last week, the Gumstix Overo Fire COM and the Tobi expansion board looked surprisingly well after the crash landing of the failed rocket. Yesterday, I have had a chance to take a closer look at the boards and see what damage has occurred to them. Once I separated the two boards from each other it was obvious that the 70 pin AVX connectors were damaged on both board. The electrical connections on the Gumstix Overo Fire are still OK despite the damaged connector, but the Tobi board got damaged beyond repair (PCB tracks ripped off). Below you will find some close-up photos and a video about the damaged connectors. 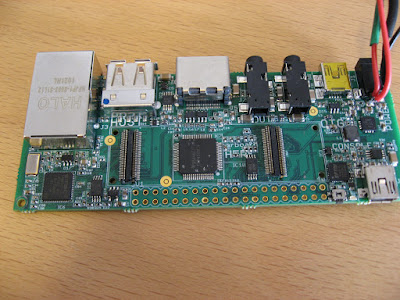 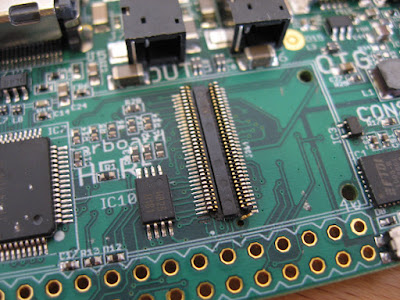 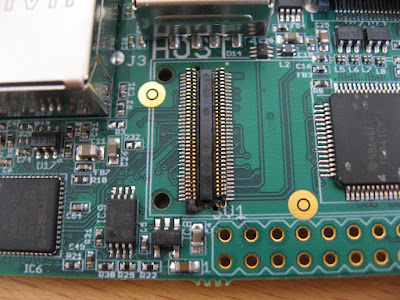 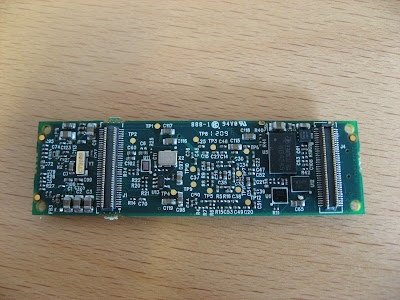 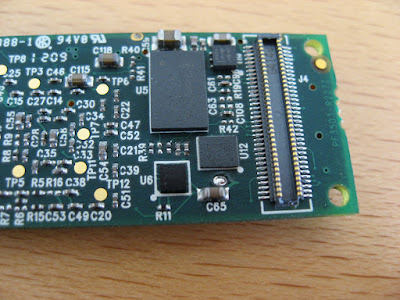 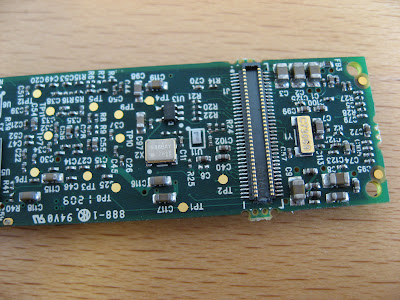 After mounting the Gumstix Overo Fire on my summit expansion board I could power it up and boot. So apparently it still works, though I haven’t run any extensive tests on it. In comparison, nothing whatsoever happened using the damaged Tobi board. 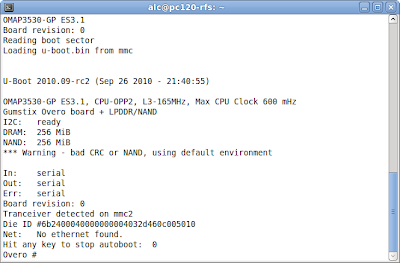