It has now been eight years since I have retired my Hy-Gain DX-88 antenna declaring it dead for good. I was standing with a broken base element for the second time and I decided not to spend any more time and money on it but try a new antenna, a Butternut HF2V covering 160, 80, 40 and 30 meters.

A lot has happened since. I now live in a new temporary QTH with plenty of room for radio and medium sized antennas and so I decided to get on the air on shortwaves again. The HF2V has served me very well for many years. Unfortunately, the aluminum tubes got somehow “welded together” in the Danish weather over the years and I had to saw the antenna into pieces before I was able to transport it. Only a new tube kit will make it functional again.

On the other hand, I kept my DX-88 in storage and despite of being 20 years old, it still looked like an antenna that could work. But it did require a new base element, so improvised something that turned out to be a good idea. 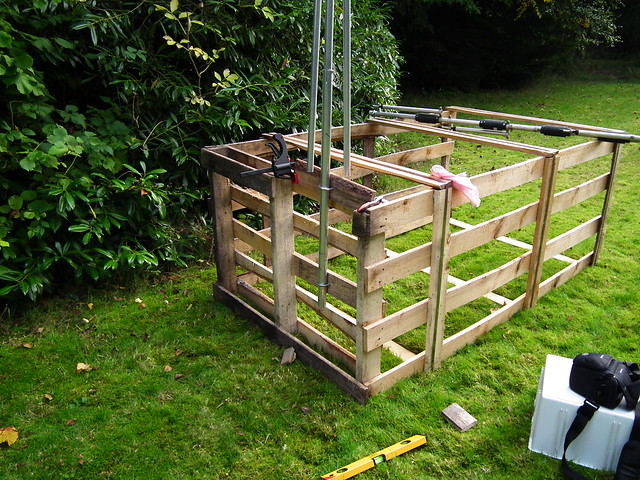 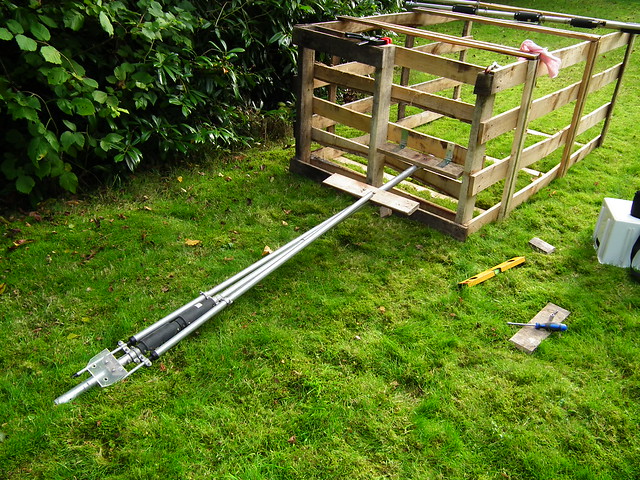 I had lots of fun bringing this 20 years old antenna back into service. It took me a few days cleaning up the joints and re-reading the manual trying to remember how the antenna is tuned. 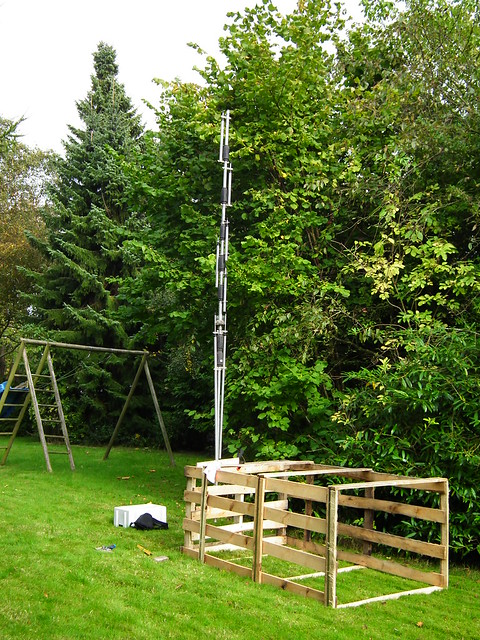 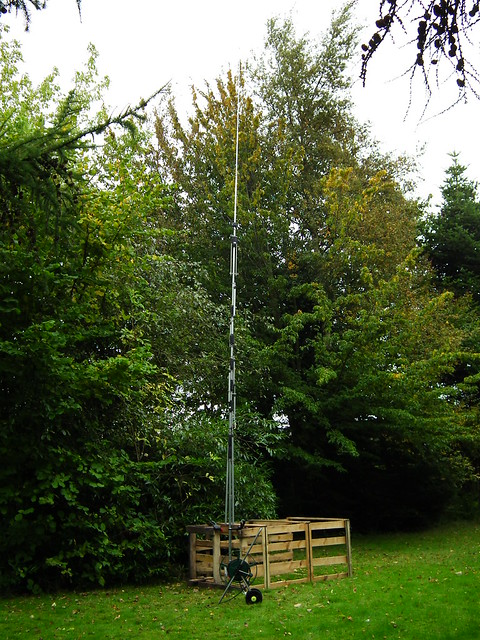 It took me a few attempts to tune the antenna. As you may recall, 80 and 40 meters are tuned together while all the other bands can be tuned separately. For each band there is a trap consisting of a coil and a capacitor and it is not unexpected that the elements got de-tuned over the years. Still, they are quite close to what they used to be, except the 30 and 20 meters bands, which seem a bit broken. 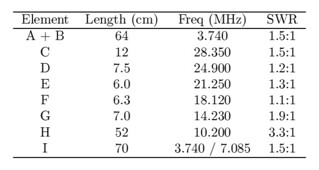 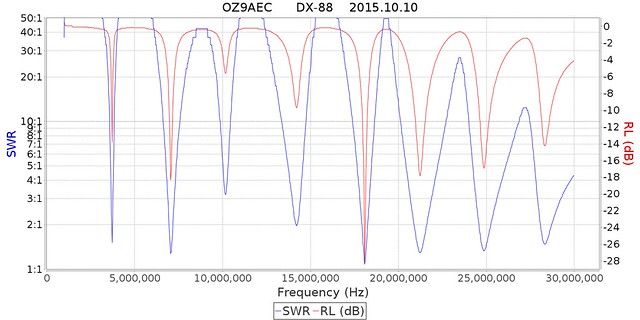 There are more photos, SWR graphs and even SDR screenshot in my DX-88 photo album on Flickr.